This Caramelised Yoghurt Cream deserves a place on any dessert table. For a start, the ease and simplicity of its preparation make it very attractive. There are just three ingredients and there is no cooking. Do I have your attention by now? When I first tried this recipe many years ago, I was sceptical that the end result would amount to much. I was wrong! This is a delicious dessert, and the fact that it is so easy to prepare makes it a winner.

Despite the ease of preparation, this is not a whip-it-up at the last moment recipe.

You do need to plan for this dessert as the yoghurt is first strained overnight, or for a minimum of 6 hours. I prefer to use Greek yoghurt as it is deliciously rich and creamy. Greek yoghurt differs from regular yoghurt in that it has already been strained to remove some of the whey.

After straining the yoghurt, I add some whipped cream and gently fold the two together. I then turn the mixture into a serving bowl and top with light brown sugar. After a short time, the acidity in the yoghurt causes the brown sugar to melt, forming a delicious, caramel flavoured topping.

I don’t even think of this dish with the negative connotation that the word “dessert” sometimes evokes.  The main ingredient, being yoghurt, almost allows me to feel that it is a health food, and I generally serve it with fruit, so that’s a good thing too, right?  The yoghurt becomes slightly decadent by the addition of whipped cream. Or perhaps the whipped cream becomes healthier with the addition of yoghurt? Hmmm.  Food for thought.

There are many ways in which to serve this delicious yoghurt cream.

I frequently serve it with berries. It is also delicious served with a slice of cake, grilled figs, poached peaches, apricots, or my Brandied Oranges. In fact, you could almost serve it any time you would serve whipped cream.

I think you will like this quickly and easily made recipe. Please let me know in the comments below if you do. 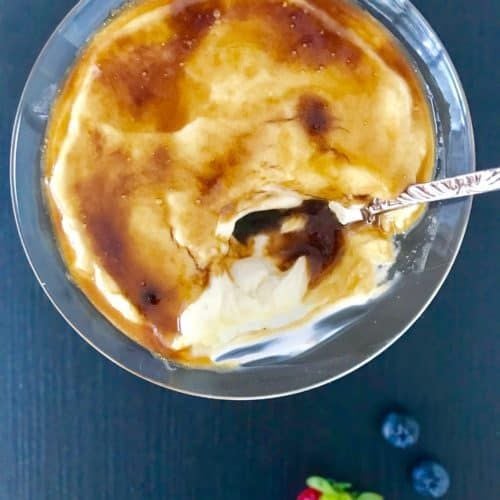 This may be the easiest dessert you will ever make. There are many ways in which to enjoy my easily prepared Caramelised Yoghurt Cream. Use it as a dessert with fruit on the side, or serve it, as you would cream, with a slice of cake.
4.99 from 63 votes
Print Pin Rate
Course: Dessert
Cuisine: Australian
Prep Time: 15 minutes
Draining and Sugar Melting: 8 hours
Total Time: 8 hours 15 minutes
Servings: 8 people
Calories: 185kcal
Author: Alexandra

For accuracy, we recommend weighing your ingredients. This will produce the best results.

*Australian thickened cream is also known as whipping cream and contains 35% milk fat.
*The Australian tablespoon is 20ml (4 tsps). In many other countries, a tablespoon is 15ml.
The amount of sugar required will depend on the diameter of the bowl that you use. It is important to use a wide, shallow bowl to have as much caramelised surface as possible.
*On occasion, when I don’t have cheesecloth, I have used a clean, white linen, table napkin.
*I generally set the strained yoghurt, whilst still in the sieve, aside and drain the whey from the bowl. Then, to save washing up, I turn the strained yoghurt back into the same bowl.
*You can drink the whey instead of discarding it, it is full of probiotics. If you find the flavour not to your taste, add it to a smoothie, use it when making pancakes or as part of a marinade for chicken or meat.
*Do not over whip the cream. Just whip to gentle, soft peaks. If it’s too stiff it will be difficult to fold into the yoghurt.
*When folding one ingredient into another, you want to avoid knocking out too much air. I like to use a large rubber spatula but a large metal spoon is also ideal. The lighter mixture, in this case cream, is added to the heavier mixture. I start by adding ⅓ of the cream to slacken the yoghurt. Run the spatula, or spoon, around the side of the bowl and then along the base. Fold the mixture over onto itself. Give the bowl a quarter turn and repeat the technique until the cream is folded in. Fold in the remaining ⅔ of the cream, repeating the method for folding, until the mixture is smooth and creamy. 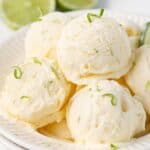 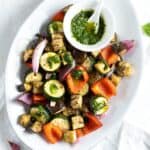 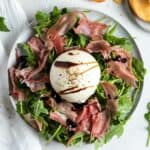 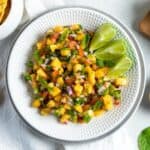 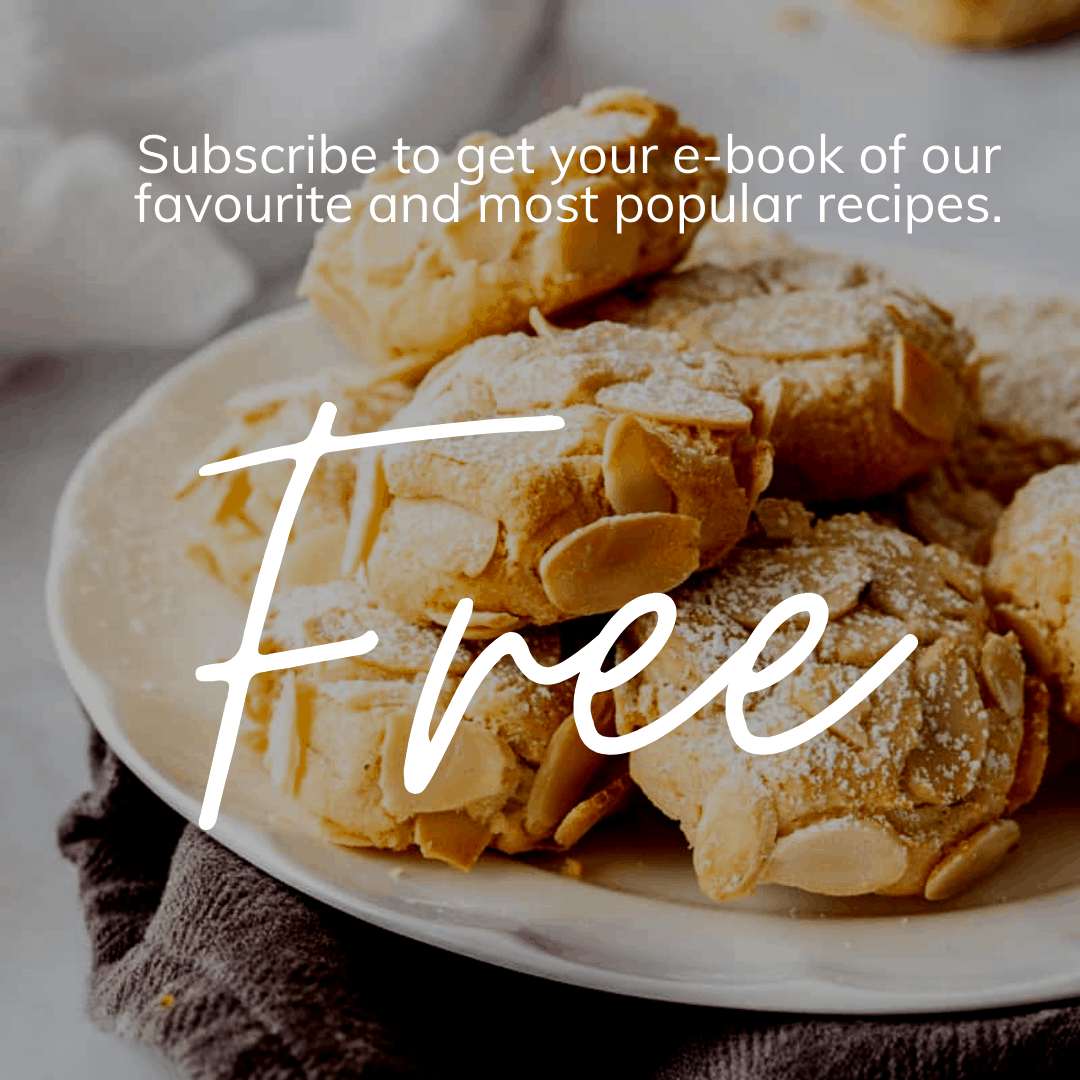